Gintama is a comic masterpiece that is arranged with intense battles. You will find some life-threatening and serious events in this anime series. Hundreds of thousands of people around the world love to watch the horrific action and frightening severity. But this anime is over-praised for its literal comedy and iconic jokes. In this article, we show how to watch Gintama.

How to Watch Gintama

Undoubtedly, Gintama is one of the most wanted anime series on the internet. So, you might be searching for how to watch Gintama.

In this article, we will show you the process to watch the anime series. There are 1 OVA series, 4 movies, 8 TV installments, and 5 specials in Gintama. 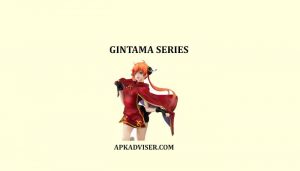 This is a big series. So, you cannot watch everything in one go. There are a number of seasons and episodes. If you watch them in chronological order that it will both watch your time and save much effort.

Many people become fed up with watching the series as they violate the chronological order. This, they lose their passion to watch them at all.

How to Watch Gintama in Order

Probably, you have come to realize why you should watch Gintama in chronological order. This is because it will save your time and efforts.

Besides, it will help you understand the inner messages of the series. Every humor conveys messages. So does it. But you need to enjoy it in order first.

Are you worried about how to watch Gintama in order? Then this article is just for you. Let’s see the chronological order:

You can skip the 1st and 2nd episodes as they are special episodes to rejoice in the Gintama series.

It is a movie in which a member of the army attacks Kotaro Katsura. However, I’m skipping the plot so that you can enjoy the complete thrills. The movie is made of 4 episodes. (Episodes 58-61)

Interestingly, this movie signifies the very end of the Gintama series. But it does not end up with this movie. 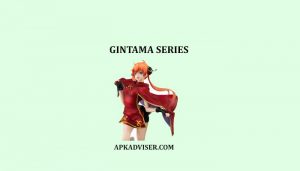 Note: The End-game starts at Episode 300. All the episodes after the 299th are the parts of the conclusion of the Gintama series.

How to Watch Gintama without Filler

First of all, you need to know what filler means in Anime. Filler represents a story or plot that is not in the Manga. Some people watch the fillers to enjoy the series elaborately.

But some are not interested to watch them save time. However, you can skip the Gintama fillers. I am giving you a proper guideline on how to watch Gintama without filler. Hope you enjoy reading this.

There are 367 episodes, aired till now. Among them, the number of fullers is very low. There are only 22 episodes that are reported fillers.

In percentage, it’s 6% only. Gintama is such a series that gives us a parodical taste. The fillers are not so different at all. So, it’s up to you whether you will skip them or not.

Also, read about A Complete Guide: How to Watch Naruto Shippuden without Filler.

How Long Does It Take to Watch Gintama

Gintama is a big series you know. So, how long does it take to watch Gintama? Basically, it takes around 156 hours to enjoy watching all the installments. 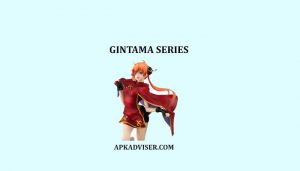 But if you watch them in chronological order, it will save your time. It will take 150 hours and 52 minutes to complete the whole series in order.

Also, read about How to Enable RTX [Ray-Tracing] Step by Step.

Gintama is one of the most popular Japanese Manga series. The plot of this masterpiece is written by Hideaki Sorachi.

This anime series is praised by a large number of critics. Besides, millions of people around the world appreciate the comic plot with a number of serious events.

Here we have provided an easy guideline to watch the whole series in order and without fillers.

The FAQs about Gintama Series

Here are some FAQs with answers regarding the how-to-watch Gintama series and epic story.

It is writing Japanese manga written and illustrated by Hideaki Sorachi and serialized.

What is Gintama about?

Is Gintama that good?

Yes, It is the best anime series characters, and viewers keep watching the prince of another planet.

What’s, are the best series now?

There are 1 OVA series, 4 movies, 8 TV installments, and 5 specials in Gintama.