Waving on Facebook is a cool greeting. One can start a conversation by sending a wave. Although this is a new feature, the old users of Facebook were introduced with this type of feature.

If you have been using Facebook from an earlier time, you can probably remember the poking feature on Facebook. A user could poke us and we could poke back. Sending a wave before a conversation is very similar to that feature.

We are habituated to say hi or hello before starting a conversation. But this is cool to send a wave instead of saying hi/hello to our friends or any strangers. The poking concept on Facebook has been dramatically changed to this waving feature. 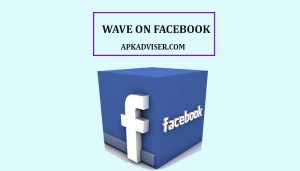 Do you wanna learn how to wave on Facebook? No worry! I will provide an easy and complete guideline regarding waving on Facebook. From now, you can start a conversation in a new way. Following the conventional rule is not always satisfactory to us.

By following the steps mentioned below you can wave on Messenger. It is to say this feature has been removed from the latest version of Messenger. So, you need to use the previous version to get this feature. Ok, let me show you the steps:

Also, read about How to Send Money on Snapchat | Simple Tricks. 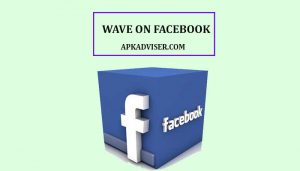 Facebook authority included this feature some years back as a greeting icon. To send someone a wave means to send him/her hi/hello.

A wave is basically the sign of raising a hand. We raise hands due to say hi or hello or to address someone for making a conversation.

Many people like to send a wave before starting the conversation. It is because this feature helps them avoid saying hi or hello.

Introvert people usually feel shy to start a conversation. This is such an amazing feature that can help you start a chat without saying anything. Just send a wave. Your friend will come to understand you are about to say something.

However, a user can send a wave from his Desktop. Now, I’m gonna show you all the steps how you can wave on Facebook using your Desktop: 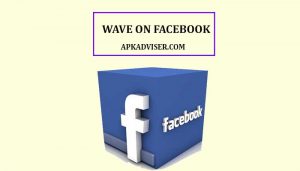 Also, read about How to Delete All YouTube Comments | Simple Steps.

Waving your friend before starting a conversation is pretty cool. This is a wonderful way of sending a greeting. Before having this feature on Messenger, we used to say hi/hello before making a chat.

But I think it’s a nice alternative to send greetings before the chat. I hope this article helps you learn clearly how to send a wave on Facebook Messenger.

Waving your friend is an outstanding way of sending a greeting before making a conversation. Sometimes, we become confused about what to say before starting a chat. I think this is a nice feature that will help you start a chat. Let’s meet up with some FAQs.

How can I send a wave back?

This is very easy to send a wave back. At first, you need to open the conversation of that friend who has sent you a wave.

Why can’t I find the wave option on Facebook Messenger?

If you are using the updated version of Facebook Messenger you won’t be able to send waves. To get this feature, you need to use the previous version of Messenger.

Can I undo a wave sent on Messenger?

Yes, you can undo a wave sent on Messenger. Sometimes, we might send someone a wave mistakenly. So, we need an option to undo this activity.